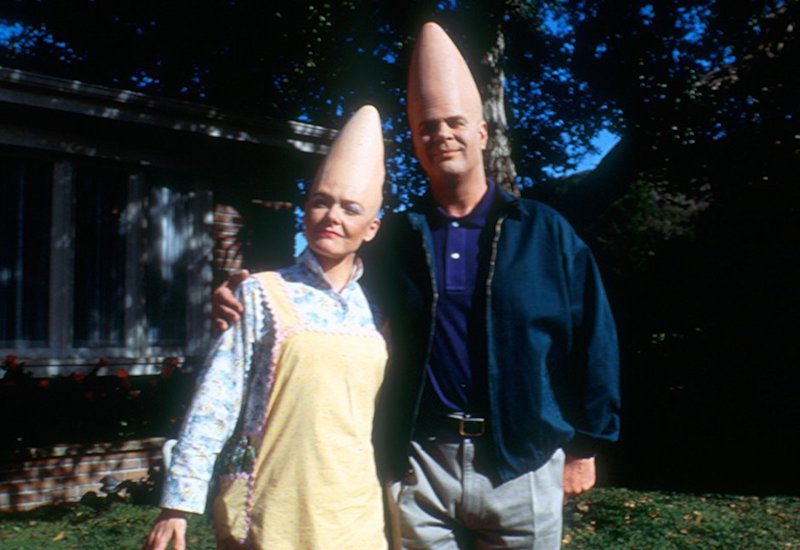 “If, for some reason your life functions ceased, my most precious one, I would collapse, I would draw the shades and I would live in the dark. I would never get out of my slar phase or clean myself. My fluids would coagulate, my cone would shrivel, and I would die, miserable and lonely. The stench would be great.”

starring: Sinbad as Otto, Adamn Sandler as Carmine, Kevin Nealon as the Senator, Ellen DeGeneres as Connie's coach and many others! (literally the entire cast of SNL in 1993)

******
~fun fact: i ran and abanonded running fuckyeahtheconeheads on tumblr, but mostly because i've abandoned tumblr all together 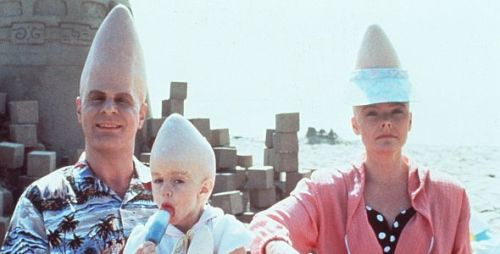 *I think one of biggest personal reasons why this movie might mean so much to me is because Prymatt looks like my Grandmother who rasied me.*

"Police vehicles flash red and blue as dozens of gun-toting law enforcement mount a blockade outside a single-family home. Sirens and bullhorns pierce the nighttime quiet of an ordinary suburban cul-de-sac as an unctuous, trench-coated figure advances on a frightened family. “It’s over, Coneheads,” he declares, brandishing his government badge. “This is the INS.”

The moment, from 1993’s forgotten alien comedy Coneheads, showcases a tense immigration raid—an all-too-familiar narrative in 2017, when ICE agents worm their ways into schools, hospitals, and courtrooms to intimidate and seize vulnerable undocumented civilians. Saturday Night Live has been a key player in the anti-Trump resistance, and even a twenty-five-year-old comedy based on one of the show's original sketches still manages take down the bluster of the administration.

"Coneheads—released and critically eschewed eight years before the September 11th attacks redefined the way the United States views newcomers—is an usually sharp immigration satire that predicted the rise of terror paranoia that has shaped American politics since the new millennium. It’s also quite possibly the 90s’ smartest dumb comedy about the seductive qualities of suburban conformity and the American Dream.

Based on the recurring 1970s SNL characters, Dan Aykroyd and Jane Curtin star as Beldar and Prymaat Conehead, a pair of mated aliens who illegally crash-land in the New York harbor during a reconnaissance mission for their planet, Remulak. Humanoids sporting long, pointed bald skulls (hence, um, the title), their goal is both to study Earth for future conquest…and figure out how to reconnect with Remulak for rescue. Essentially, they are trapped terrorist sleeper agents who now must learn to “live amongst the Bloodskulls.”

Funnier and fresher than its reputation would have you think, the film is a classic immigration story in the vein of The Godfather Part II or Avalon—albeit fueled by silly and crude humor—as we witness Beldar settle into the urban New York melting pot. He rises from a low-wage appliance repairman living in a Jersey City trailer to an apartment-dwelling Queens taxi driver to a tri-state suburban dad, homeowner, and business owner.

The laughs derive from fish-out-of-water gags, as the Coneheads’ customs and culture shock smack head-first against American normalcy. During a trip to the supermarket, homemaker Prymaat shrieks at the sight of eggplants thinking they are a pile of decapitated coneheads. They speak in a clipped, robotic style that comes off as hyper-verbal broken English (paying with coins is “remunerating with metallic tender discs” and waffles-and-eggs are “the morning consumption of mass quantities with grid-like breakfast slab and flattened chicken embryos.”)

The Coneheads slowly become subsumed into the American culture they initially disdained: Beldar focuses on perfecting his golf game and preventing his Americanized teenage daughter Connie (Michelle Burke) from dating a doofus mechanic (Chris Farley), while Prymaat begins to wonder if her mate is still attracted to her. They contend with middle age and assimilation, delicately learning to fit in with the bored white people in their pristine neighborhood while chewing pink condoms like bubblegum and sucking down entire hero sandwiches in one gulp.

The prophetic brilliance of Coneheads comes in the form of jingoistic Immigration and Naturalization Service agent Gorman Seedling (Michael McKean), a villain who reads more like a contemporary politician than a cartoonish buffoon. Seedling’s solution for dissuading illegal immigration is to affix deportees with electronic collars that will stun anyone who tries to cross the Mexican-American borde—an idea barely more outlandish than Rep. Steve King’s electrified wall or Chris Christie’s human package tracking concept.

Flanked by a smarmy sycophant (how much I miss Prig David Spade!), Seedling doggedly pursues the Conehead family in a parody of The Fugitive, hunting Beldar not because he’s simply an extraterrestrial, but because he’s an extraterrestrial who dared to illegally work in the United States. As he announces to a group of boat refugees, “You have no skills and you will be a drag on our economy. We appreciate to your situation, but we have problems of our own.”

What’s meant to be a hyperbolic portrayal of overreaching, uncompassionate government bureaucracy now just sounds like the tin-foily nativist rhetoric of our current politicians. In 1993, this character reflected Reagan-era economic anxiety, but now feels darker in the face of a full-blown cultural existential crisis that dominates national debate. After all, the INS no longer exists, having been pulled into Homeland Security in 2003 and renamed U.S. Immigration and Customs Enforcement. “The United States of America can no longer solve the employment problems of the rest of the universe,” Seedling affirms. Innocent times.

Don’t get me wrong: Coneheads is an endlessly goofy movie. But even more surprising than its prescient political framework is that underneath the plentiful and delightful gross-out humor, body horror, and literal lingo, Coneheads is a cryptically emotional family comedy that parses out what it means to be happy in America. When Connie fights with her boyfriend, normally standoffish Prymaat comforts her with words of wisdom about first romances, finishing off with her typical circumlocution, “The currents of chromo-bonding between you and your parental units is infinite.” In other words, “I love you.” -"Does Coneheads Actually Suck" -VICE 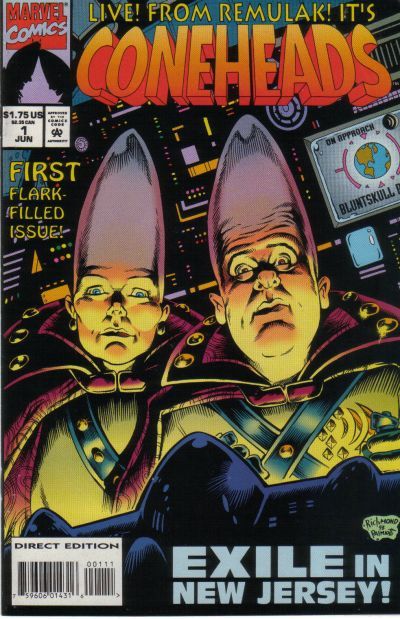 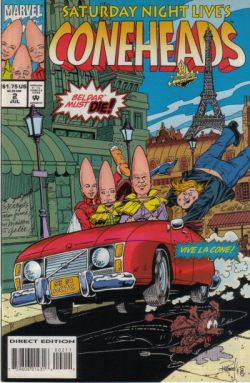 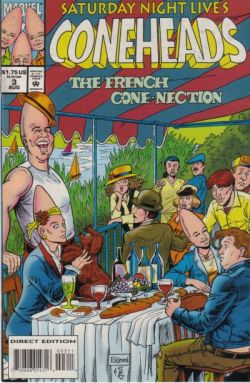 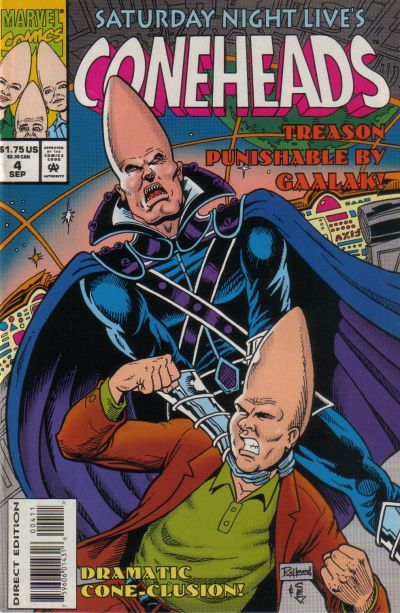